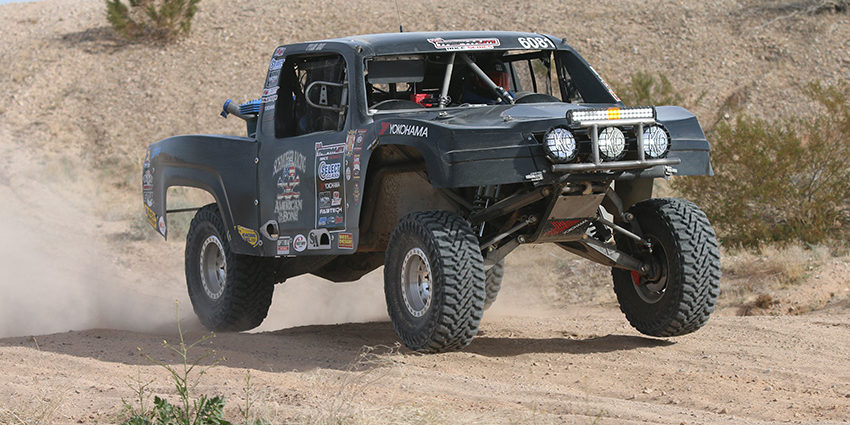 Nothing beats the first race of the season, the hype around a new season, new teams and products on display and for Best in the Desert a new race format. This year, there were 2 days of racing featuring the limited classes on Friday and the faster cars to run on Saturday.

Thursday: Tech and Contingency. It is always great to hang out at tech and see all of the hottest products many companies are revealing for the first time. The TrophyLite Tech booth was busy to say the least, so cool to see folks coming from all over asking questions about our class, competition, the R8, our Rental Program and Driving School and other ways they can get involved with TrophyLite. Not to say we were surprised but it was a pleasure to speak with several vendors, product manufacturers and companies and how they can somehow become part of the program.

Tech wrapped up with a welcome dinner we had open to anyone who came by which was put together by Select Glass, the newest sponsor to come on and support the series. Select Glass is out of Peoria, Az and handles everything glass. Automotive and Commercial they are the glass company to goto. Did you see their smoker?

Friday: Race Day – Limited Classes. That’s us! Scheduled to begin staging at 5:30am the crew arrives at TL main pit around 5am and begins preparing the 6004, 6006, 6063, 6066 for a long day of racing. Jim Rossi made the long trek from St. George during the night says he is ready to race, so we tech him on the spot in the dark and send him off to staging. 9 trucks will take the green flag at the first race of the 2020 season starting with the 6081 entry of Larry Schmueser III(L3). Last year the 6081 started first but ran into trouble early and ended with a DNF in the first 30 minutes. We spoke with L3 in staging, “We plan to take it easy and set a good pace. Nothing too crazy though, we want to get further than we did last year but we still want to run up front.”

Starting behind them would be very well wrapped 6003 entry of Chris Wardle, new owner of the 2019 championship truck, the 6077 of Patrick Whitt, well traveled/Baja proven A&W 6004 entry of  Wyatt McMurray, the one and only “Idaho Boys” in the 6006, David Carey, Florida Joe Fitos of NYC in the JFR 6063, “No Lift” Greg Bragg racing the red 6012 for his son Garrett followed by Jim Rossi in the Green Machine 6099 and last truck off the line would be Josh Cobb behind the wheel of the dark horse 6066.

Go Time! Green flag drops, quickly Larry and the 6003 driven by Vision Canopies founder Kyle Ahrensberg begin to put some space between them and the rest of the pack. From the 7th spot the GB Racing 6012 was moving up quickly and working to pass into the 4th position but an ill placed rock jumped right up smashed the driveline forcing Greg and his navigator Nick to pullover and begin a field repair.

Through Pit1 we saw Kyle in the 6003 move in front of L3 and the 2 of them followed closely by Fitos, McMurray and Rossi. The 6066 Cobb Racing entry driven by TL CEO Jason Cobb started rough with fuel pump issues but once back up to speed, he got a drivers side flat. Once the second longest tire change in off-road was complete the 6066 was back in action and Greg Bragg in the 6012 got up and running shortly after and was down nearly 40 miles on the leaders in 9th.

Just before Pit 2 and battling in the top 5, the 6099 engine said it had enough and stranded Jim less than a mile from the pit.

But it was on to Pit 3 and there was quite a shake up in the running order. L3 got around the 6003 for the lead, Joe Fitos moves past McMurray for 3rd, Whitt and Cobb get past the Idaho Boys while they took a little tumble. On the road as they wrap up lap 1 its Schmueser, Ahrensberg, Fitos, McMurray, Whitt, Cobb, Carey, Bragg and Rossi is out at this point.

Lap 2 and the top 3 are gone, putting some distance on the rest of the group. About 100 yards after drivers can resume speed 4th place McMurray begins having fuel or electrical issues and the truck keeps stalling and wont fire. Limping along the 6004 is getting picked off by Whitt, Josh Cobb in after a driver change at main pit, and the 6006 of Carey heavily damaged.

Through Pit 1, Cobb stops to address some issues and Bragg passes for 7th. Pit 2 the leaders are flying and while running in 2nd place a “computer malfunction” leaves the 6003 entry stranded and out of fuel for nearly an hour. The whole field passes by them as they wait for help with the exception of McMurray who is still having electrical issues. Bragg passes them both and is now in 5th!

Ending Lap 2, the Idaho Boys finish the truck off with a driveline that has become AWOL. Bragg continues his charge and moves into 4th! On the road we have Schmueser, Fitos, Whitt, Bragg, Cobb, Wardle (in for Kyle), Carey then McMurray.

To start Lap 3, Schmueser with a new co-pilot is out on the final lap. Fitos is close behind and gets a flat but is back on the road quickly. Cobb having issues keeping the batteries charged swaps an alternator at main pit and back on course behind Wardle now in 6th. McMurray making their way around will call it a day at the end of lap 2.

Near Pit 2 Bragg is gaining on the 6077 Whitt Racing entry, Fitos looks to be charging on Schmueser. Now just after Pit 4 Bragg gets by Whitt for 3rd and nearly at the same time, Fitos comes to a stop with a problem. The skid plate for the rear-diff had enough and stripped out the studs just 16 miles from the finish. Bragg and Whitt battle back and forth for the last 60 miles for the 2nd position.

At the finish L3 racing the 6081 for the WIN! Whitt finishes first but Bragg is right behind him and Bragg gets 2nd on corrected time by just 35 seconds! What a race. Wardle ran solid for the rest of the race to pick up 4th. Josh Cobb still having electrical issues, swaps out another alternator and a pair of batteries then runs strong to the finish. The last vehicle on course hit the finish line 2 hours after Wardle with a time of 12:16:30.

What a day! What a race! What great teams! This is what TrophyLite is about and how we expect the action will be all year. You never know who is going to end up on top and who will work hard to make it to the finish. Anyone has a shot at the title and all are going for it!

Join us next month as we take on the Mint 400 in a non-points event in Las Vegas, NV.